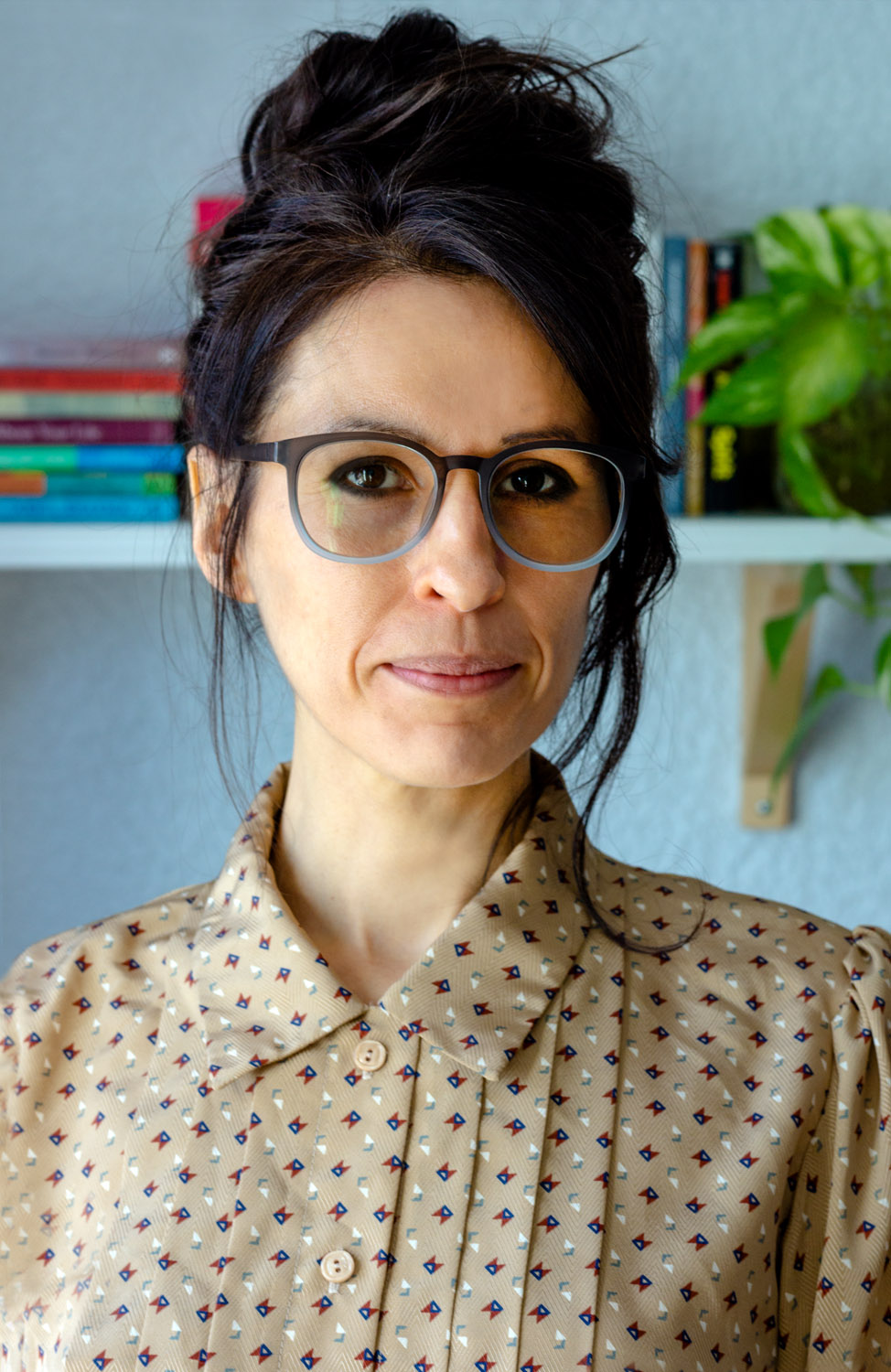 Leila Christine Nadir is an Afghan-American nonfiction writer and socially engaged artist exploring intersections of geopolitical, environmental, and intimate violences and how individuals and communities rebuild and grow after their worlds fall apart. She researches Life After Ruins and evolving forms of resilience amidst ecological destruction, colonial traumas, immigration upheavals, and family violence. Her work appears in literary and scholarly journals, in museums and galleries, and in forests, classrooms, and kitchens. She's currently writing a literary memoir, Afghan Americana, a lyrical investigation and a coming-of-age story of the wars that rage within and beyond family. Afghan Americana examines the global geopolitics that invade in our private living rooms and the intimate violences that reverberate across the planet. In 2022-2023, Leila has received a MacDowell Fellowship, a Hedgebrook Residency, an Aspen Summer Words Emerging Writer Fellowship, the First Pages Prize, an MWPA Ashley Bryan Fellowship, and a National Endowment for the Arts American Rescue Grant.

Between self and other, between warring impulses and love, between the schisms that divide us there is a space of possible being in Leila's memoir that does not depend upon death-driven ideologies or oppressive power systems; her writing holds space for breathing, being, beginning."
– Lidia Yuknavitch

Leila's works of literary nonfiction intertwines personal reflection with critical theory and cultural histories and have appeared in Black Warrior Review, North American Review, Asian American Literary Review, Aster(ix), and ASAP/J. Her story "Cold War" was anthologized in 2021's New Moons: Contemporary Writing by North American Muslims, edited by Kazim Ali. With Zohra Saed, she co-edited a collection of Afghan-American writing for the special Mixed Race issue of Asian American Literary Review. Her scholarly writing has been published in Leonardo, Cather Studies, Utopian Studies, and Antennae, and her art criticism in Hyperallergic and American Scientist, for which she regularly reviewed environmental, food-related, and new media art.

In 2006, Leila co-founded the EcoArtTech collaborative with artist and musician Cary Adams to remediate a modern memory disorder that they named "industrial amnesia." Through memory-work and collaborations with communities, their artworks explore possibilities for restorative gestures and collective repair in the Anthropocene and have been exhibited worldwide, including at the Whitney Museum of Art, New Museum of Contemporary Art, Neuberger Museum of Art, MIT Media Lab, European Media Art Festival, UCLA’s Sci|Art Center, and Parsons School of Design, among many other places. EcoArtTech has been supported with fellowships, grants, and residencies from the National Endowment for the Arts, New York Foundation for the Arts, Andrew Mellon Foundation, New York State Council on the Arts, Banff New Media Institute, Franklin Furnace Performance Art Fund, Bemis Center for Contemporary Arts, and Center for Land Use Interpretation.

Leila holds a PhD in English and Comparative Literature from Columbia University and is currently Founding Director of the Environmental Humanities Program at the University of Rochester in upstate New York, where she teaches creative nonfiction, environmental literature, and critical/cultural theory as an associate professor. She has taught previously at Columbia University, Colgate University, Oneonta State College, and Wellesley College.